SVG Background: 5 Mistakes to Avoid and a Few Useful Pointers

Want to use an SVG background as a moodsetter for your design projects? See what common slip-ups can take away from the end result, and how you can bypass them easily! 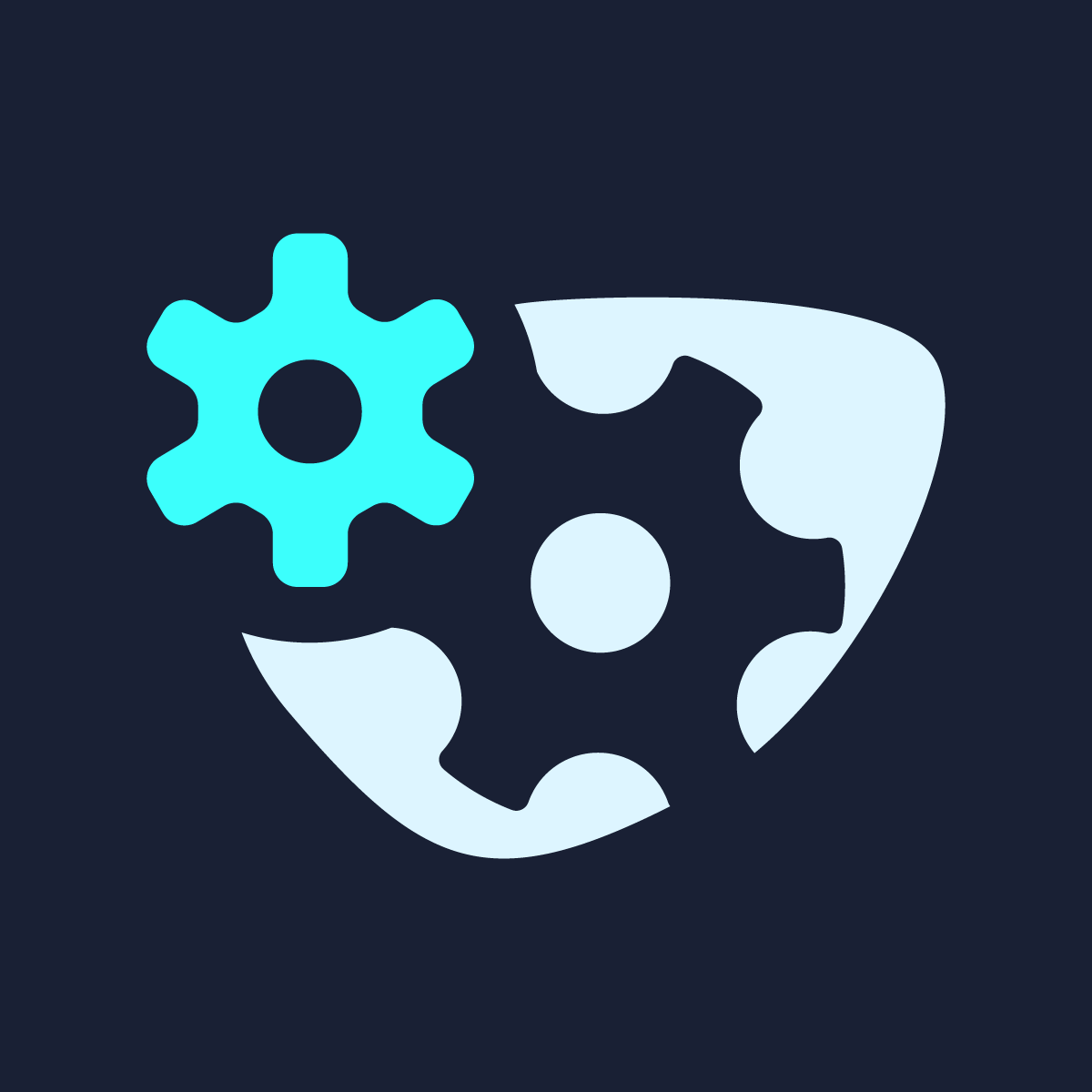 If there’s one area of digital visual design that we’ve seen evolve without much struggle, it’s certainly background design. Everyone seemed to get on the same page relatively quickly, particularly before high-speed internet services became globally accessible. An SVG background was the easiest switch to make to avoid using heavy slow-to-load background images.

SVG background graphics, created with free SVG creator tools like SVGator or generated using tools like Matt Visiwig’s SVGBackgrounds, make it effortless for designers to have a quick-to-load web and mobile-friendly background done in a matter of a few clicks.

As easy as it sounds, there are a few common mistakes that can cancel out the benefits of using an SVG background image. Let’s address these kinks and see what tactics you can implement to get it right each and every time!

What Is an SVG Background?

As iconic (and nostalgic!) as 90s website backgrounds were, they were an outright pain to load, though a joy to see on CRT screens for the first time! We have to thank them for testing our patience, because we haven’t stopped looking for ways to make all things digital load faster ever since!

An SVG background image has the same features as any other scalable vector graphic, performance-wise. It is significantly smaller in size (compared to any of its raster counterparts), it is infinitely scalable, and it is fully-responsive. It will never lose sharpness or clarity no matter the screen size or resolution of the device it’s displayed on.

Using SVG as background image is technically no different than using other formats (like PNG or JPG). The vector format simply has the incontestable upper hand when it comes to loading speed. A static fullscreen background SVG file can easily come under 5KB, and even an SVG background animation can have a file size as small as 8KB.

As with any other form of digital design, the SVG background isn’t exempt from following an (albeit permissive) rulebook. That’s not to say that there is a definite right or wrong way to go about creating background scalable vector graphics. But there are a few mistakes that might be holding you back from creating truly outstanding vector backgrounds.

Don’t worry; we’re not here to only point a finger! We’re also sharing some easy tips that you can carry over into your SVG background design workflow and never second guess yourself again!

Limiting yourself to a static SVG background image

Few things are easier, or quicker, to do than just settling on an SVG background color and moving on to more pressing design choices. Sure, you’ll need to put more thought into what UI design style to pursue, or what type of iconography would make for a more intuitive user experience. But, in this case, you’re 100% selling yourself short of a way more enthralling design altogether.

Creating an animated SVG background that captures user’ attention has the same effect as setting the ambiance of an environment to match the “event.” Why have a candle-lit dinner in a neon-lit room, when you could be hanging up fairy lights and have a dimly lit view of the night skyline? By incorporating vector animation into the design process, you increase your ability to customize the user navigation journey tenfold.

Key pointers
Create your own custom animated background SVG without writing a single line of code with an online SVG animation tool. Explore all the ways motion vector graphics can elevate your designs, from basic gradient background animations, to floating geometric shapes, neumorphic color drops, celestial particles, and everything else in between.

Interfering with visual hierarchy and accessibility

Entertainment and visual magnetism aside, an SVG background shouldn’t hinder your ability to establish a logical visual hierarchy, whether it be on a website’s landing page or in a mobile app’s UI. Visual hierarchy, by definition, dictates that the elements of a graphic design should be arranged in the order of their importance. The designer has the responsibility to direct the user’s attention and lighten the mental load of deciding what to focus on and in what order.

In sync with keeping the viewer’s eye in the right place, making sure that your background design follows the Web Content Accessibility Guidelines is a must. You wouldn’t want to put time and effort into a project only to realize you’re inadvertently limiting the size of the audience that can successfully, and comfortably, navigate your designs.

Take into account the Z-pattern and F-pattern principles of digital visual hierarchy. Make sure your SVG background doesn’t distract from or obscure any vital piece of content. What we, as designers see as perfectly distinguishable might look like a blur to some users. The best practices in this case are to run usability testing periodically, and stay up to date with accessibility criteria, particularly 1.4.3 Contrast (Minimum).

Not optimizing your background SVG

While it is true that by default your SVG background is a lightweight competitor in the file size field, we are aiming for lightning fast loading speed in this day and age. Every second shaved off that page load time puts us one step closer to offering a better user experience.

An animated background SVG, topped with a few cool animation effects, can run up the numbers easily and put a damper on your design’s otherwise optimal performance. For example, if you’re starting your background design SVG in a program like Illustrator, and then moving to SVGator to breathe life into the project, you can carry over quite a bit of “bloat.” But luckily, there are ways to trim off the excess!

In the case of Illustrator imports, changes as small as using a simplified path to draw your background elements and avoiding setting your Pencil or Brush tools to Accurate can make a huge difference in how large the end-file turns out to be.

Follow the tips from our “Optimize SVG Animations to Improve Your Page Speed” blog post, and optimize your SVG background to get complex results like the example below with a featherlight file size of only 50KB!

Not prototyping with your SVG background

Considering the fact that the background SVG you choose will set the undertones of your entire project, this mistake might cost you loads in terms of consistent design. Much like a painter giving their canvas a paint wash and later using that base layer to create highlights and shadows, so does prototyping with an animated background SVG make it easier for you to later decide on ideal spacing, alignment, use of negative space, contrast, etc.

Treating your SVG background image as an afterthought might save you time in the short term, but more often than not, you’ll later find yourself either compromising with an ultra-basic SVG background color or unnecessarily lengthening the iterative process.

Use a prototyping tool like Figma, Penpot, or Protopie to conceptualize your design process starting with the background design SVG. Instead of hitting that first creative block when staring at a stark white drawing board, you can build on top of an already contoured backdrop.

While some prototyping tools don’t support animated SVG at the moment, there are workarounds that can help you through the process, like using a GIF of the same design as a placeholder. You can also preview your design using website builders, like Squarespace, Wix or Webflow. Whatever tool you end up using, your visual storytelling will unfold much more smoothly with a background SVG in place.

Not using your background SVG to its fullest potential

Let’s look at this fault objectively, and see what default advantages come with using SVG backgrounds:

So, what else can a background SVG bring to the table?

You can make your animated SVG background as plain or as intricate as you’d like without having to worry about adding extra seconds to a page or mobile app’s loading time.

It is so versatile! You can make it part of your branding efforts, use it to hop on user interface design trends, make a landing page’s above-the-fold section look like an immersive portal – and do all this with responsive design in tow by default!

We’ve gathered a small collection of awesome animated SVG backgrounds to get the creative ball rolling:

Circles Rolling in Colors - By ILLO

With SVG optimization, an intensely catchy and memorable animated SVG background like this can be very quick to load. Maximum engagement potential, without any (page) speed bumps in the way!

A tile-based animated SVG background that makes us think of the back-in-trend Bauhaus-style – complete with ultra-smooth transitions and room to customize with any brand’s colors.

Giving dimension to apparently flat elements is how illustrator Cristina Pasquale and animator Dave Cubitt describe this high-energy animation. A perfect example of setting the tone of a page even before a single headline is written!

Isometric elements in an animated SVG background will never not be impressive! You can create them with isometric geometric shapes and get stunning results.

Want to use an SVG background to jump on graphic design trends? Nothing easier! Animated self-drawing thin lines can make any background feel exhilarating and set the mood for some very upbeat content.

Using only four paths, we created this animated SVG background with a particle bokeh-ish effect with a petite file size of only 8KB. Made from start to finish in SVGator’s intuitive interface!

Shooting for the stars with your next design project? Put the light show directly into your SVG background!

Nothing says “come in and stay a while” like a chill animated ambient background. Just the right message you’d want to convey to a website visitor!

We couldn’t look away from this hypnotic SVG background! Precisely the energy you’re looking for when adding elements of interest to your design project.

There's a lot more to an SVG background than its small file size and ease of loading; you can take yours to entirely new heights with just a few tweaks that will ultimately elevate your entire design project. Want to try your hand at drawing and animating your best background SVG yet? Hop onto your SVGator account here and make it happen!

Neumorphism: Its Origin Story & Influence on the UI Design World

Neumorphism: Its Origin Story & Influence on the UI Design World 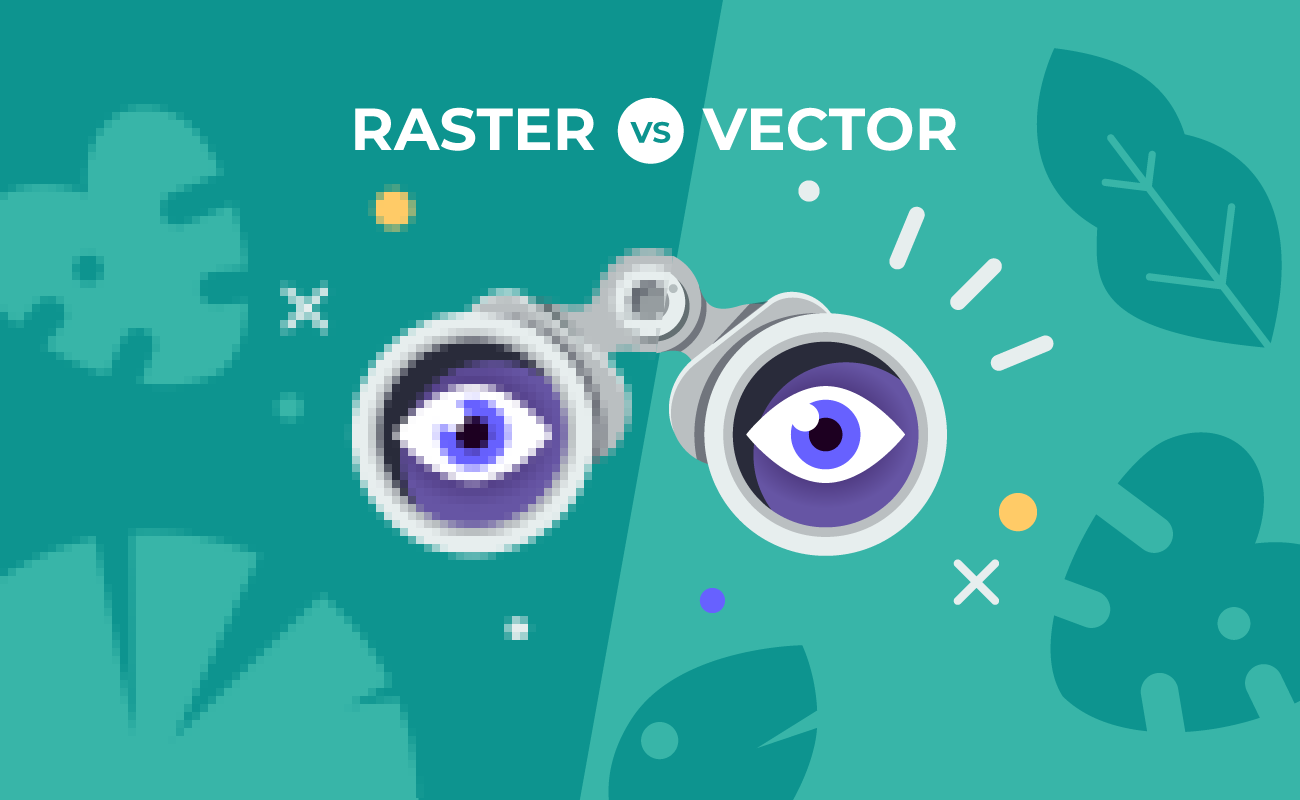 Raster vs Vector: How to Decide Which Is Best for Your Project